History of FC Barcelona football club-more than a club

On November 29, 1899 Joan Gamper founded the Barcelona Football Club. In memory of the colors of the Swiss canton where he was originally from, Gamper chose blue and grana. Thus was born a myth, the club where Kubala, Suárez, Cruyff, Maradona and today Ronaldinho played. The "Barça" throughout the twentieth century has become a symbol of Barcelona and Catalonia, where the Catalans have projected their identity as a nation. For this reason we say that "Barça" is more than a club.

Soccevista analyze Barcelona team performance. New players and their progress. Based on that we predict the fixture result. 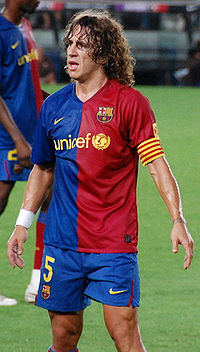 On May 20, 1922, the Les Corts field was inaugurated, also known as 'The Cathedral of Soccer', a stadium with a capacity for 30,000 spectators that reached 60,000 after different projects. In 1924 the club already had 12,207 members and a large number of fans who laid the foundations of the current social mass. The first season of the Spanish league Spanish league is celebrated in the 1928-29 season, which will win Barça brilliantly closing a time full of titles.

Joan Gamper will die on July 30, 1930. This bad beginning of the decade was a bad omen that was confirmed in successive institutional crises: membership losses, poor sports results and the political pressure of the Francoists. The Civil War of 1936 has dire consequences for the entity. Josep Suñol, president of the Club is killed by Franco's soldiers near Guadalajara, however the entity is still alive and in 36 Barça toured Mexico and the United States that saves the economy of the Club. In March 1938, a bomb launched by the fascists on the headquarters of FC Barcelona causes serious damage. Already in 39, Franco's troops create many problems for the Club that has become a symbol of the Catalans, although at that time, there were only 3,486 members left.

In the forties, Barça, little by little, is being reborn from its ashes despite short-term difficulties. In June 1943, the Chamartín scandal took place, a defeat suffered in Madrid, conditioned by arbitrary and police threats, which caused the resignation of Piñeiro, the Francoist president, but honest. Better times arrive and win the Leagues 1944-45, 1947-48 and 1948-49 and the Latin Cup of 1949, a preceding competition of the European Cup that is the first international success of FC Barcelona. We are in the time of César, Basra, Velasco, Curta, the Gonzalvo brothers, Seguer, Biosca or Ramallets. Barça celebrates 50 years and has 24,893 members

Kubala left the camp of Les Corts and Francesc Miró-Sans small, promotes the construction of the Camp Nou, which opens on September 24, 1957. The new stadium has a capacity for 90,000 spectators.

The Leagues 1958-59 and 1959-60 and the Cups of Fairs 1957-1958 and 1959-60 are won by coach Helenio Herrera and the seal of players such as Kocsis, Czibor, Evaristo, Kubala, Eulogio Martínez, Suárez, Villaverde, Olivella, Gensana, Segarra, Gràcia, Vergés and Tejada. The sixties is a period of sports crisis (only the 1963 and 1968 Cups and the 1966 Fairs Cup are won) however it is the time where the phrase 'more than a club' was born. Barça is above the sporting situation: adherence to the colors of Barcelona is a way to defend the Catalan national identity.

In 1973 FC Barcelona signed the Dutchman Johan Cruyff, setting up a new gold front with Rexach, Asensi, Cruyff, Sotil and Marcial who won the 1973-74 League brilliantly. At this time, the Club has 69,566 members and is already the most powerful sports entity in the world, turning 75 years old. Joan Miró, will make commemorative poster of the event. 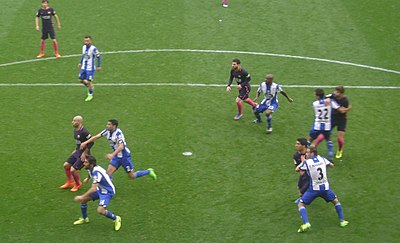 In May 1978 Josep Lluís Núñez wins the presidency of the Club. A period of great social and heritage expansion begins. In the social sphere, 100,000 members are reached, a multitude of Blaugrana clubs are founded, consolidating FC Barcelona as the most important sports entity in the world. In the field of heritage, Barça is equipped with emblematic sports facilities: Expansion of the camp nou (with a capacity of more than 100,000 spectators), construction of the Miniestadi, Palau Blaugrana, etc.

The sports career of the Núñez era is undoubtedly the most brilliant in the history of Barça so far: the Recopa de Basel, the 1984-85 League, with English Terry Venables, the Dream Team (1990-94) by Johan Cruyff ( four consecutive Leagues, Recopa, Copa and Supercopa of Spain and the Wembley European Cup), the titles won Bobby Robson in the 1996-97 season and the two consecutive Leagues (1997-98 and 1998-99) conquered by Louis Van Gaal in his first stage in the Club. Van Gaal also gets the double in 1998 (League and Cup) 39 years after the last. 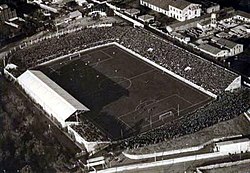 Currently, FC Barcelona is a sports entity with sections of basketball, handball, roller hockey, athletics, ice hockey, figure skating, futsal, rugby, baseball, volleyball and women's football. In addition, the football team is the only one in Europe that has played continuously in European competitions since 1955. Today the number of partners is 105,706, and the number of clubs, to 1,508.